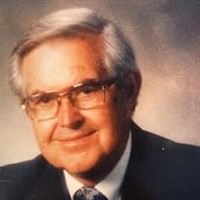 Lewis Thomas Easterling, 97, of Mint Hill, died May 29, 2021, at the Novant Presbyterian Health Center in Charlotte. Tom was born in Ellerbe, NC, on January 20, 1924, the youngest of two daughters and four sons born to Robert and Daisy Mae Ballard Easterling. When the United States entered World War II and called on her sons and daughters to serve, Tom heard the call and joined the United States Army Air Corps as an Aviation Cadet on February 8, 1943 at Camp Croft, South Carolina. At 5 foot 9 inches tall, the brown eyed, black haired student with the ruddy complexion (as his enlistment record described him) showed an aptitude for being a pilot. On February 8, 1943, with his "Pilot Single Engine” qualification, 1st Lieutenant Easterling began his service in the European Theater. Training originally on the P-40 Warhawk in Tifton, Georgia, he transitioned to the "Jug”, the Republic P-47 Thunderbolt, a medium fighter escort that doubled as a ground attack unit. As a Thunderbolt pilot, he participated in campaigns over Normandy, Northern France and Rhineland. Through his endeavors, he was awarded the Purple Heart twice, the European Theater Service Medal, Air Medal with 6 Oak Leaf Clusters, the World War II Victory Medal, the American Theater Service Medal, and the Presidential Unit Citation. He even received the French Croix De Guerre with Palm from the President of the Provisional French Government on November 14, 1945, for the distinguished service with his squadron and their magnificent record of never permitting the loss of an escorted bomber by an enemy plane. As a member of the 358th Fighter Group, 365th Squadron, 9th Air Force in the European Theater of Operations, Lt. Easterling completed 36 combat missions in his 11 months overseas. On December 17, 1944, 2nd Lt. Easterling was flying a combat mission over Germany. After strafing an ammunition train, his plane was extensively damaged by the resulting explosion. Unable to see out the canopy from the engine oil covering it, he jettisoned his canopy and attempted to make it back to allied lines. Shortly thereafter, however, he ran into intense, heavy flak and began to lose altitude. Unable to control his plane any longer, he ejected from the crippled airframe a mere 300 feet above the ground. While ejecting, he was severely injured when he was struck by the tail assembly of his plane which went on to crash into the ground and explode. He was further wounded by enemy ground fire as he descended to the ground. With a severely injured left leg that he went on to live with for the rest of his life, Lt. Easterling was taken prisoner of war by the Germans where he remained until liberated by French Forces on April 22, 1945. His 4 and one half months as a prisoner of the German Army further earned him the POW Medal and the gratitude of a grateful nation. On November 26, 1947, Lt. Easterling was honorably discharged and returned to civilian life, where his aptitude with numbers led him to accounting. The rest of his working career was spent doing accounting for hospital administration, a slightly slower pace and safer occupation than piloting the P-47. Tom enjoyed many things in life and was a proud member of both the Indian Trail VFW Post and Hickory Grove Baptist Church. Most of all, however, Tom loved the time spent with people, especially his children, and he will be both sadly missed and honorably remembered. Tom is survived by his wife, Shirley, of Mint Hill; and his children: Nancy Ann Harrellson, John Harvey Easterling and Donald Eugene Easterling. He is further survived by numerous grandchildren, great grandchildren, other relatives, friends and a nation who owes him and all other veterans for their service. Tom was preceded in death by his parents and his two sisters and three brothers. Tom met with the family of Lowe-Neddo Funeral Home in advance of his passing and made all necessary arrangements to provide them the honor of caring for him when this day came. Lowe-Neddo Funeral Home is privileged to care for Tom and his family now.

Visitation will begin at 1 pm and services will begin at 2 pm on Wednesday, June 2, 2021. In honor of his church affiliation, the visitation and service will be held at Hickory Grove Baptist Church with Pastor John Harrill leading the celebration of his life. Interment will take place at Evergreen Cemetery following the church service. There, he will be laid in his final place of earthly rest with military honors.

Tom’s wishes were for anyone wishing to honor him, to please do so by giving a donation in his name to Hickory Grove Baptist Church, the Charlotte Mission Center, or the American Red Cross. Please take a moment to share a memory, photo or condolence with the family of Tom’s Tribute Wall. To send flowers or a memorial gift to the family of Lewis Thomas Easterling please visit our Sympathy Store.

Our most sincere sympathies to the family and friends of Lewis Thomas Easterling January 20 1924 May 29 2021.